Miniatur Wunderland in Hamburg - You should visit it!

on July 29, 2018
Last Saturday I (Arjan Beens) went to Miniaturwelt in Hamburg. This is a gigantic museum dedicated to what simplified can be described as a diorama world for (mostly) 1:87 scale train landscapes. Except, they don't just have some trains making their rounds. You could have that in your average attic. This is NOT your average attic train diorama.

You constantly catch yourself on ooh wouldn't it be cool if they did this...and then they did...and went beyond, sometimes WAY beyond what you thought of as pretty cool. Oh and it's interactive with buttons you can push to make things light up (car lights, sirens, fires etc) or start events.
They've divided their diorama's in categories. They start off with some smaller (about a square meter) serie of diorama's of the same town through the ages.
For example, this execution site changed a bit though time: 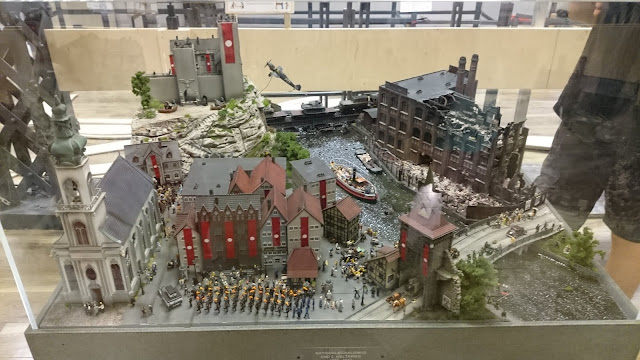 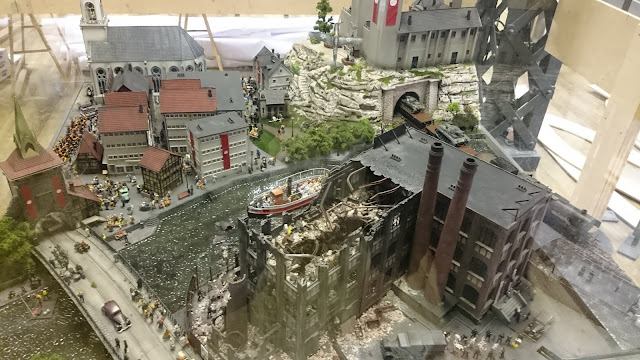 View from the other side.

After that, they have parts of the world. America, Scandinavia (Sweden, Norway, Denmark), Switzerland, Austria, Knuffingen (a fictional city including a fully working airport!), Germany (divided in different parts incl. Hamburg) and Italy. 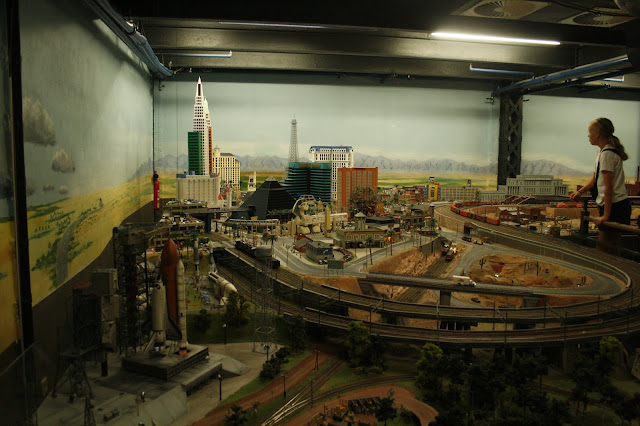 A part of America by day 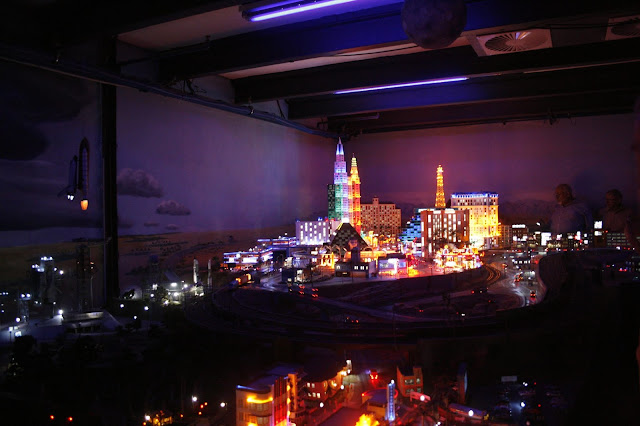 Same part by night. Oh and that Space Shuttle lifted off.
A small part of Scandinavia 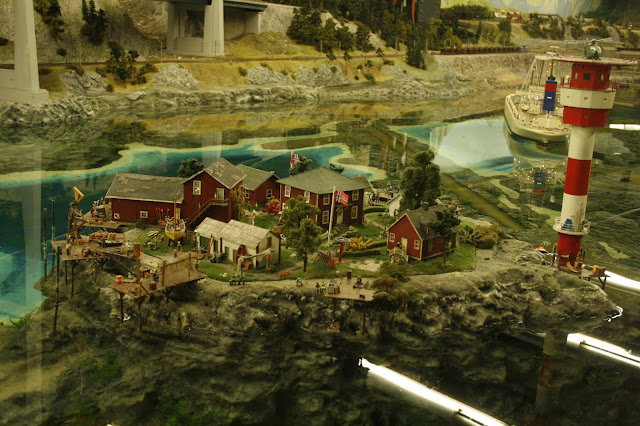 They had 25.000 liters of water in the basin. Oh and they recreated eb and flood...with a pump...real time. And of course that boat sailed around and the lighthouse worked. 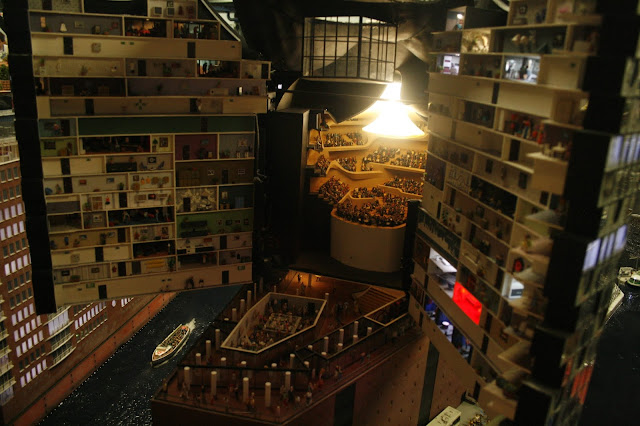 So...with a button, this operahouse opened up, the orchestra started to play (with musicians hitting drums etc). The opening parts displayed all kinds of small rooms with countless things happening. 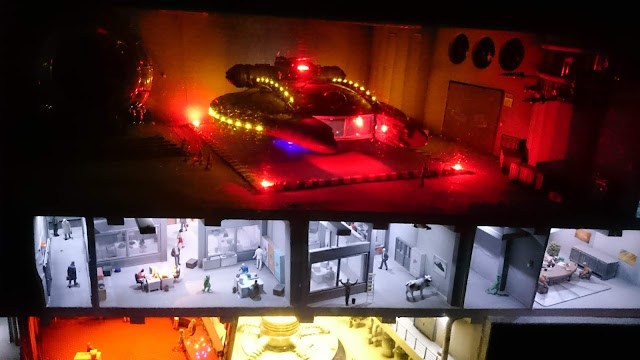 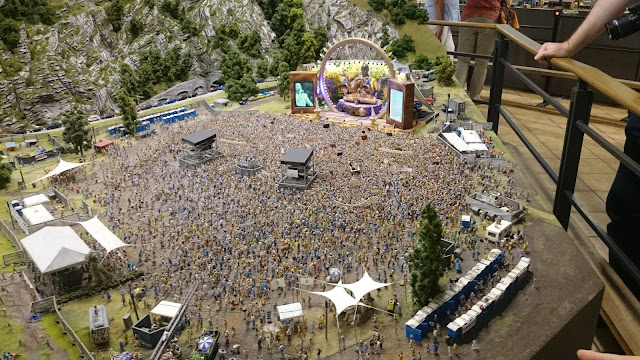 DJ Bobo performing on a big festival. With a working video performance on the screens, flashes        from people taking pictures in the crowd and the musicians playing.
The emergency services of Knuffingen had (if I remember correctly) about 3 scenerios, this was one:

Something for our Starwars people...the Knuffingen airport

They also had this (just don't get too angry for naming it Death star...). An actual working, working, on time, flight schedule. 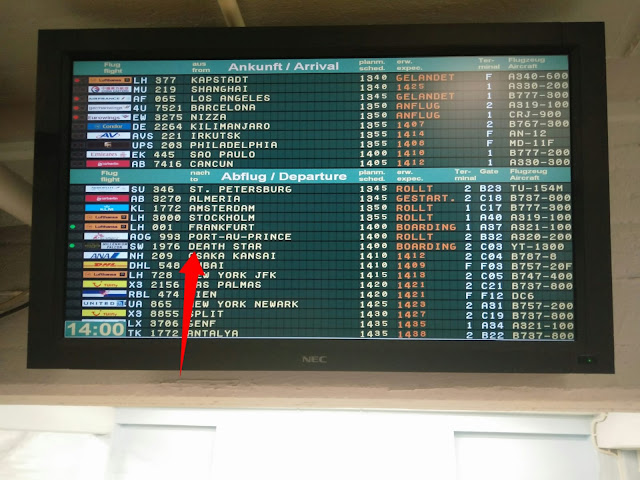 I've never seen such dedication to miniature building, painting and programming. With endless eastereggs hidden (ET, Batman & Robin, Ironman, the Ghostbuster Ecto-1 etc) and countless funny scenes (someone copying his butt on a copymachine that lights-up, a woman driving around - actually moving! - on an office chair etc etc) this museum beggs the question...what are you still doing here...if you like anything about miniature building, GO TO HAMBURG! It's only a 3h drive.