on August 11, 2018
I played my second game of killteam today. We (me and Xander) stuck to very basic rules because we both didn't read the rules fullly yet and were trying to learn on the go. So, no specialists or missions or more than basic knowledge. Just two 100pts teams trying to kill each other. 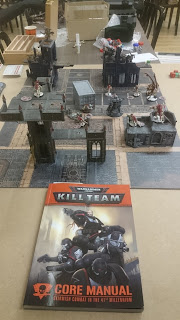 Tyranids (apparently The lurking lurkers...according to the random name generator)
Lictor (used the Deathleaper model because I love the model)
Warrior with deathspitter and talons
2 hormagaunts with adrenal glands; 3 termagants with devourers
Genestealer with acid maw and a basic Genestealer

Since pictures are better than the report: 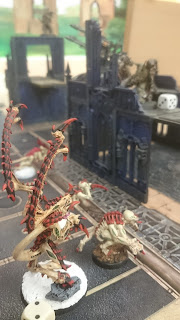 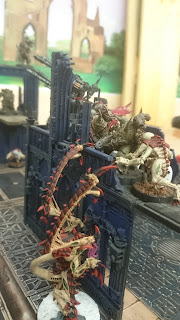 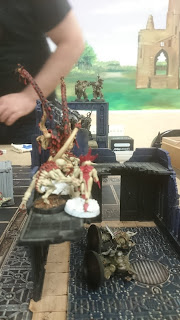 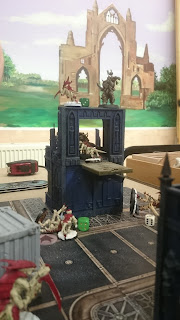 In short, I kinda misdeployed and since I didn't know I could move and shoot (killteam rules are a bit different, so I wasn't sure), I probably held back a bit too much and lost (not mainly due to this of course). The Deathguard were having a good day rolling resilient rolls and only lost two of their number when the last of my team perished. Aside from the outcome, the game was quite close and entertaining. It's a great motivation to get myself painting again. And to get my Cult started beyond priming. Want to have a game? Just leave a comment either here or on fb.